A Taste Of Blood

Businessman John Stone receives a mysterious package from Europe containing an unusual gift from his ancestors - two aged bottles of plum brandy. No sooner has he drunk both bottles than he transforms into a bloodsucking vampire, setting out to wreak vengeance on those who have wronged his bloodline. Godfather of gore Herschell Gordon Lewis, the late splatter pioneer who gave the world its first-ever gore movie in the form of 1963's Blood Feast, delivers his own inimitable take on the Dracula legend. 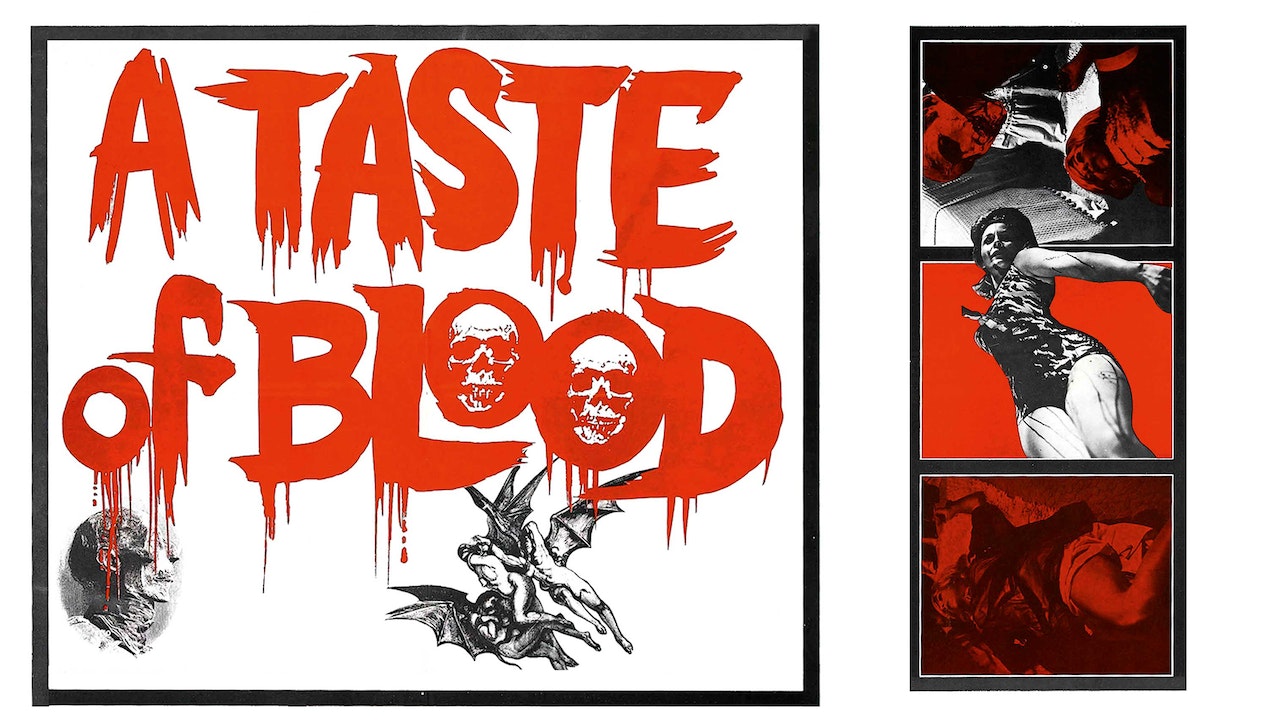