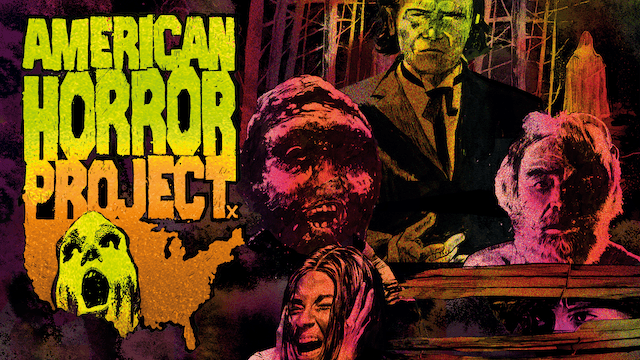 Everyone knows the classic American horror titles: Night of the Living Dead, The Texas Chainsaw Massacre and A Nightmare on Elm Street, to name but a few. But we at ARROW want to tell you a different story: a story of the unsung heroes of American terror, films that have remained on the fringes of the genre either through lack of availability or else sheer obscurity. This is where American Horror Project comes in.

The initial six films of this series present tales of violence and madness from the 1970s. MALATESTA’S CARNIVAL OF BLOOD (Christopher Speeth, 1973) sees a family arrive at a creepy, dilapidated fairground in search of their missing son, only to find themselves at the mercy of cannibalistic ghouls lurking beneath the park. Meanwhile, THE WITCH WHO CAME FROM THE SEA (Matt Cimber, 1976), stars Millie Perkins (The Diary of Anne Frank) as a young woman whose bizarre and violent fantasies start to bleed into reality – literally. Then, every parent’s worst nightmare comes true in THE PREMONITION (Robert Allen Schnitzer, 1976), a tale of psychic terror in which five-year-old Janie is snatched away by a strange woman claiming to be her long-lost mother.

Next, with a little-seen 1970 offering from underrated cult auteur John Hayes (Grave of the Vampire, Garden of the Dead), DREAM NO EVIL is a haunting, moving tale of a young woman’s desperate quest to be reunited with her long-lost father – only to find herself drawn into a fantasyland of homicidal madness. Meanwhile, 1976’s DARK AUGUST stars Academy Award-winner Kim Hunter (A Streetcar Named Desire) in a story of a man pursued by a terrifying and deadly curse in the wake of a hit-and-run accident. Lastly, 1977’s Harry Novak-produced THE CHILD is a gloriously delirious slice of horror mayhem in which a young girl raises an army of the dead against the people she holds responsible for her mother’s death.

All of these films have been newly remastered from the best surviving film elements, allowing us to present an alternative history of American horror and a blood-chilling foray into the deepest, darkest corners of stars-and-stripes terror. We present AMERICAN HORROR PROJECT.