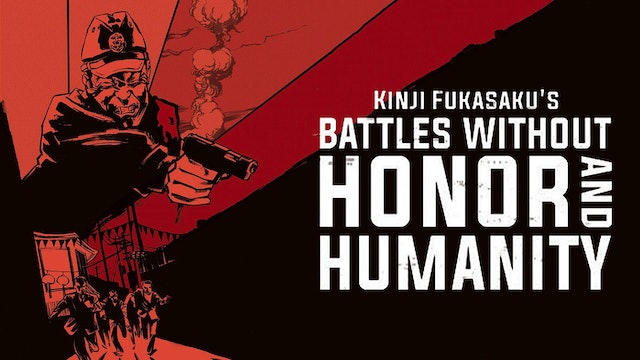 Battles Without Honour And Humanity

When Battles Without Honour and Humanity first hit Japanese screens in January 1973, partially inspired by the success of The Godfather, it blasted out a new Ground Zero for crime cinema not only in Japan, but in the rest of the world, and spawned a legendary series that would lead to additional episodes, spin-offs, and countless imitations.

1947. Ex-soldier Shôzô Hirono (Bunta Sugawara), after proving his ability with a gun, emerges from the teeming black markets of postwar Kure City into the professional world of the yakuza. Shôzô makes his way from prison to boss in the newly-formed Yamamori family via gang feuds, assassinations and the shifting allegiances of his fellow mobsters, despit his own growing disillusionment with the men he is supposed to respect.

Based on the true account of a Hiroshima mob boss and supplemented by meticulous research by screenwriter Kazuo Kasahara, this ferocious, violent saga was directed in a dynamic, newsreel-like style by Kinji Fukasaku, and stunned cinemagoers in Japan upon its release. Like a head-spinning mixture of Martin Scorsese and Paul Greengrass, the film’s frenetic cinematography, colourful characters, and iconic score by Toshiaki Tsushima will leave you thrilled and exhausted, as you embark on one of the world’s greatest gangster film series. 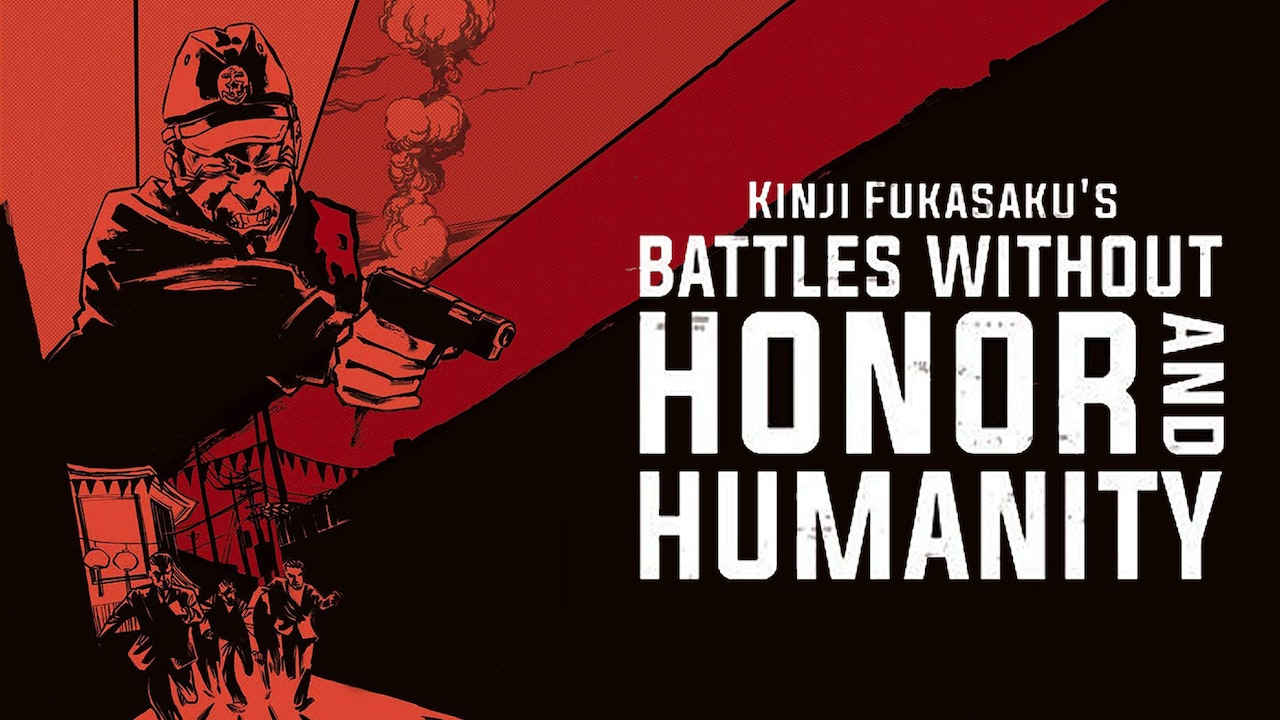