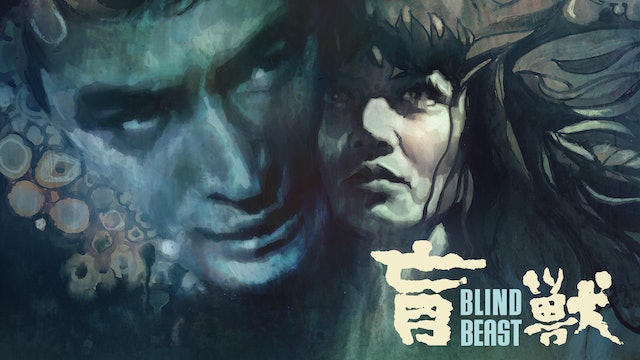 Blind Beast is a grotesque portrait of the bizarre relationship between a blind sculptor and his captive muse, adapted from a short story from Japan’s foremost master of the macabre, Edogawa Rampo (Horrors of Malformed Men, The Black Lizard, Caterpillar).

An artist’s model, Aki (Mako Midori), is abducted, and awakens in a dark warehouse studio whose walls are decorated with outsized women’s body parts – eyes, lips, legs and breasts – and dominated by two recumbent giant statues of male and female nudes. Her kidnapper introduces himself as Michio (Eiji Funakoshi), a blind sculptor whom she had witnessed previously at an exhibition in which she featured intently caressing a statue of her naked torso. Michio announces his intention of using her to sculpt the perfect female form. At first defiant, she eventually succumbs to his intense fixation on her body and finds herself drawn into his sightless world, in which touch is everything. 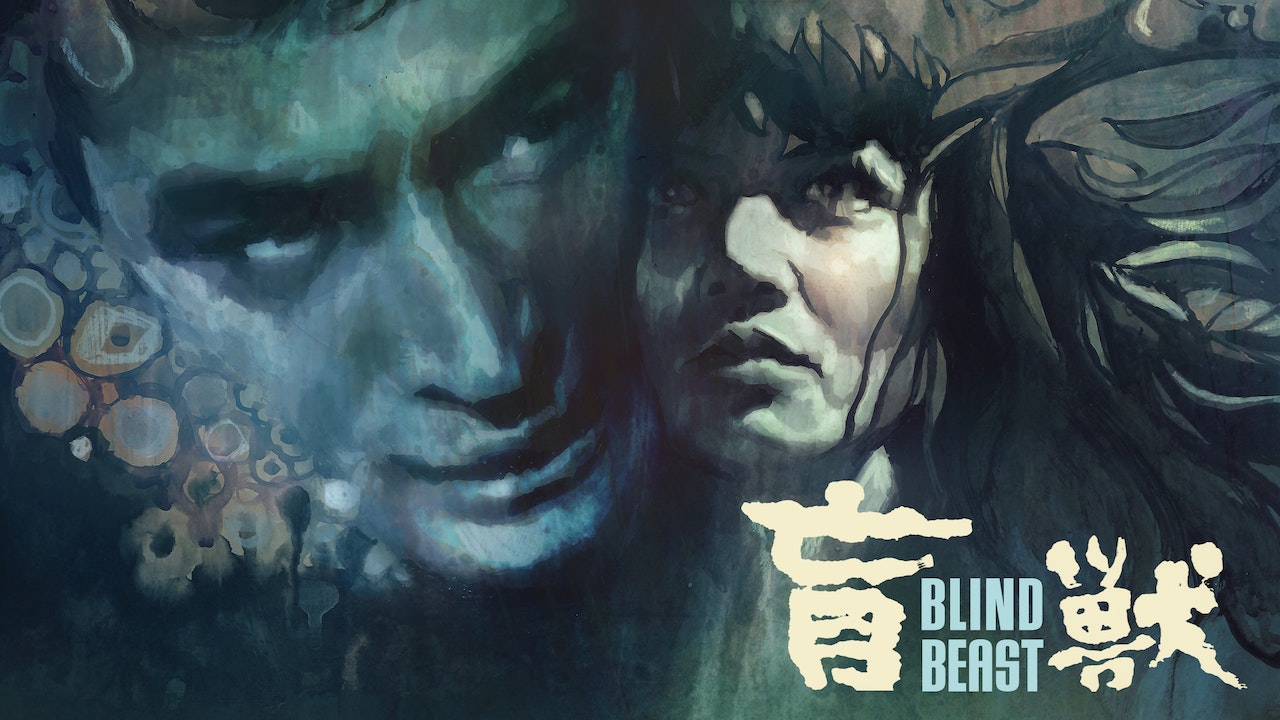