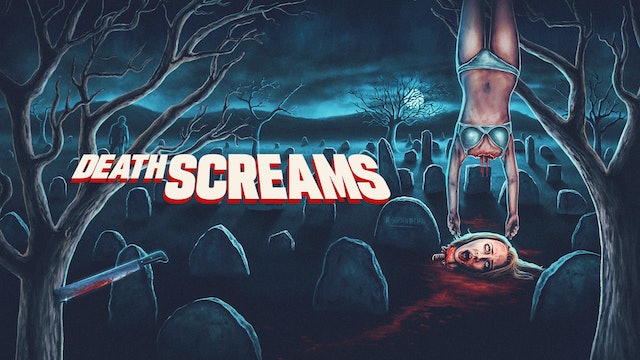 In one of the most unlikely cinematic pairings of all time, David Nelson (who rose to fame as a child star playing alongside his real-life family in the wholesome TV show The Adventures of Ozzie and Harriet) directs Playboy Playmate and adult star Susan Kiger in this bodycount-heavy, long overlooked slice of Southern fried hack-and-slash - 1982’s Death Screams!

Late one night, a young couple are brutally murdered at a make-out spot by an unseen assailant, their bodies tossed into the nearby river. As the lifeless lovers drift slowly downstream, the residents of the town excitedly prepare themselves for their annual carnival, unaware that a machete-wielding maniac with a twisted grudge is lurking in their midst. When a group of teen revellers plan a late-night after party down in the local cemetery, they unwittingly set the stage for a bloodbath.

Death Screams, which was released on US VHS as House of Death (and on UK DVD with the reels in the wrong order!) oozes early ’80s regional slasher charm from its every pore, boasting an everything-but-the-kitchen-sink final reel featuring slashed throats, bisected bodies and exploding heads. At long last arriving on digital and lovingly restored from the only-known existing 35mm print, this little-seen slasher classic is ready to carve its way into the bleeding hearts of horror fans everywhere! 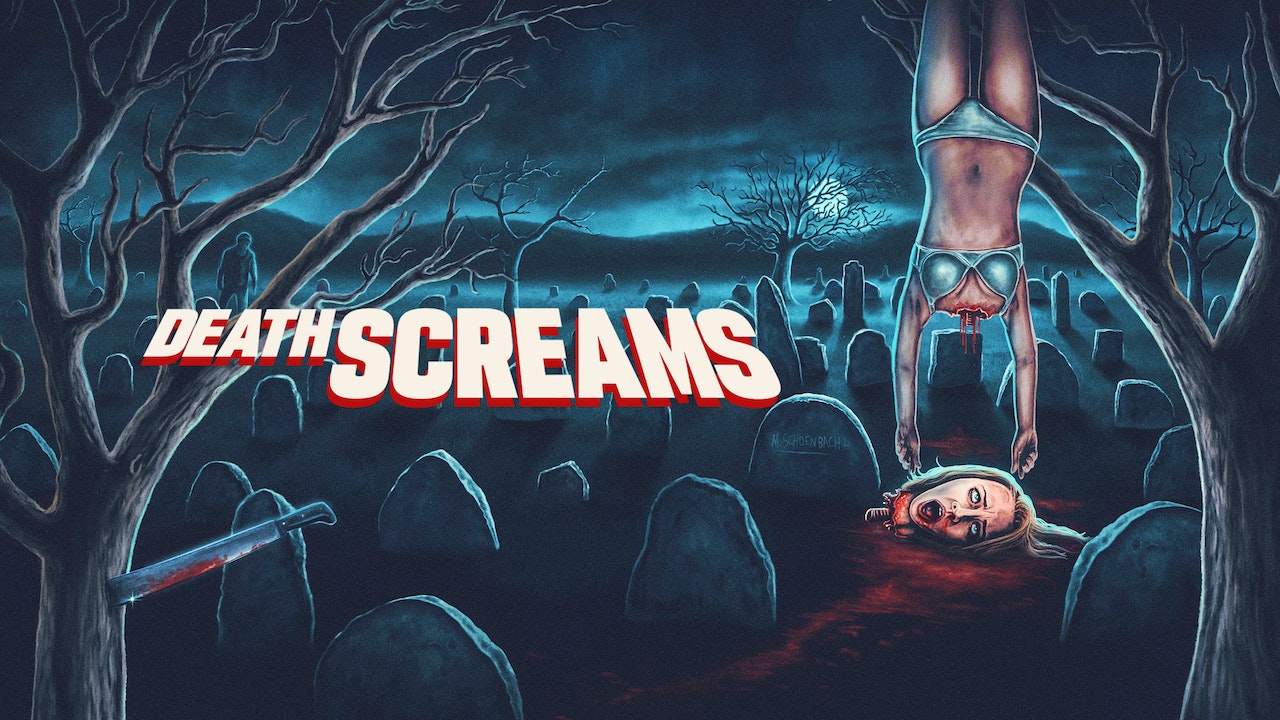