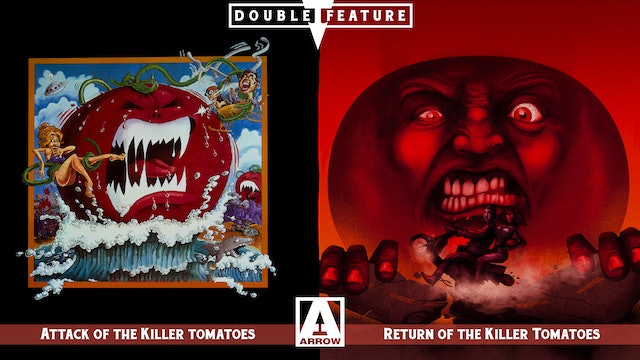 Attack of the KIller Tomatoes: The Worst Vegetable Movie of All Time!
A group of scientists band together to save the world from mutated tomatoes that kill... In 1978, Attack of the Killer Tomatoes was set loose into the world. Billed as a musical-comedy-horror show, famous for its weirdly catchy theme song, and feted as the Worst Vegetable Movie Ever Made, it's a film in the vein of (and made at the exact same time as) Kentucky Fried Movie and Airplane!, as well as the Mel Brooks and Monty Python comedies that preceded it. Spoofing schlocky B movies from the 1950s and '60s, it follows the course of a seemingly unstoppable tomato attack on America and the brave team of government agents pledged to stop it in its tracks.

Return of the Killer Tomatoes: THE VEGETABLES OF DOOM!
The killer tomatoes are back! But this time around, they’re going to have to contend with late ’80s George Clooney and his wicked mullet… Is it a fruit? Is it a vegetable? Nope, it’s Return of the Killer Tomatoes!
Ten years on from the Great Tomato War, mankind lives in fear of another uprising by the waxy red menace. Meanwhile, Professor Gangreen – played with gusto by the great John Astin from TV’s The Addams Family – sets out to pursue his own evil ends by creating a burgeoning army of tomato militia men (who, somewhat conveniently, look just like regular men).
Following on from the 1978 cult classic Attack of the Killer Tomatoes, Return of the Killer Tomatoes came armed with a healthy sense of its own ridiculousness and would expand upon a franchise that now comprises four films, two TV series and a video game. So what are you waiting for? 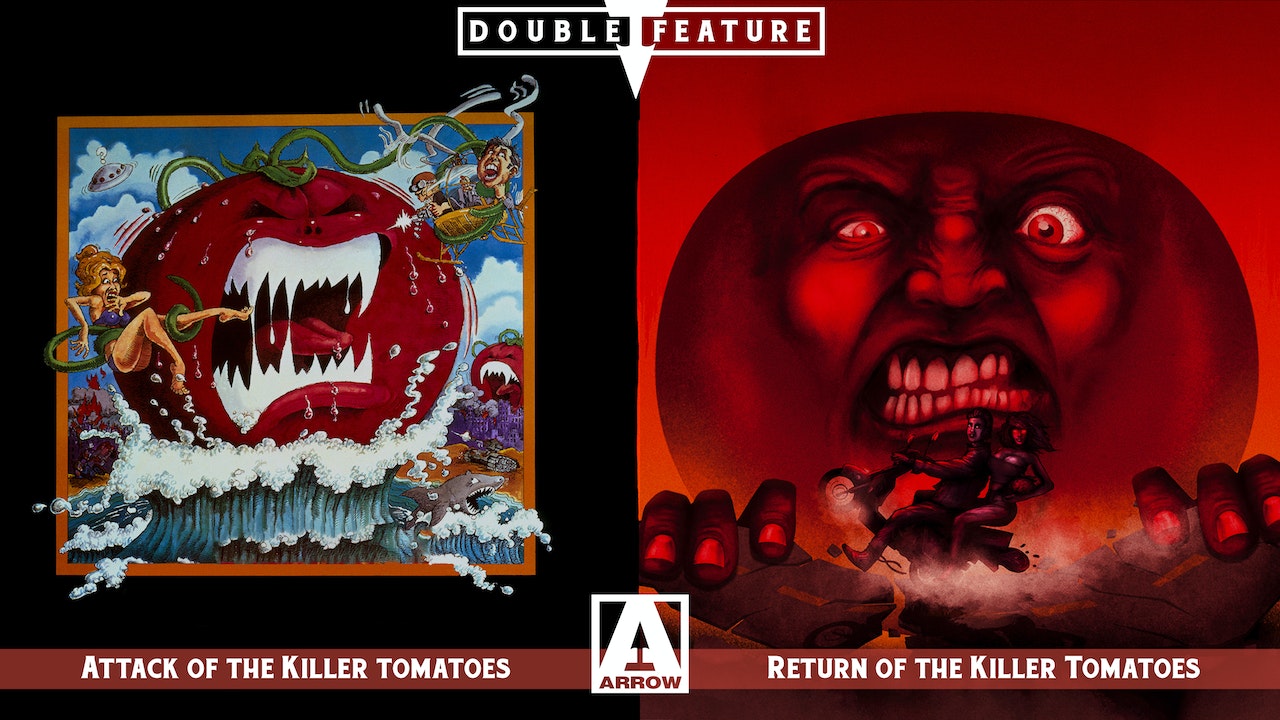