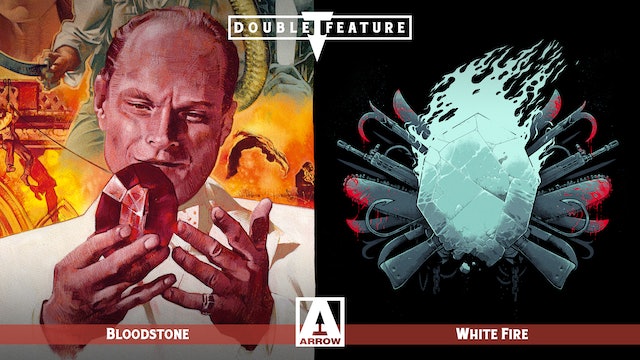 We’re worried you’re not ready for this one!

Strap in and secure all your valuables before hitting play on the wildest precious stones-based gonzo action double bill around, as we pair Nico Mastorakis’ bonkers B-movie take on Romancing the Stone, Bloodstone, with Jean-Marie Pallardy’s infamous exploitation epic, White Fire.

Adventurous American newlyweds Sandy and Stephanie team up with the legendary Tamil megastar Rajinikanth for a joy-ride through India on the trail of a priceless ruby in Bloodstone - an action-packed ass-kicking adventure full of car chases, cobras and quotable one-liners.

I feel like I shouldn’t have to say more than “chainsaw fight” to get you to watch White Fire, but there’s also mystical plastic surgery, Fred Williamson and an incredible theme song in this action-thriller that sees sibling jewel thieves Bo and Inga trying to nick a priceless rock so hot it actually burns those who try to lay their hands on it! 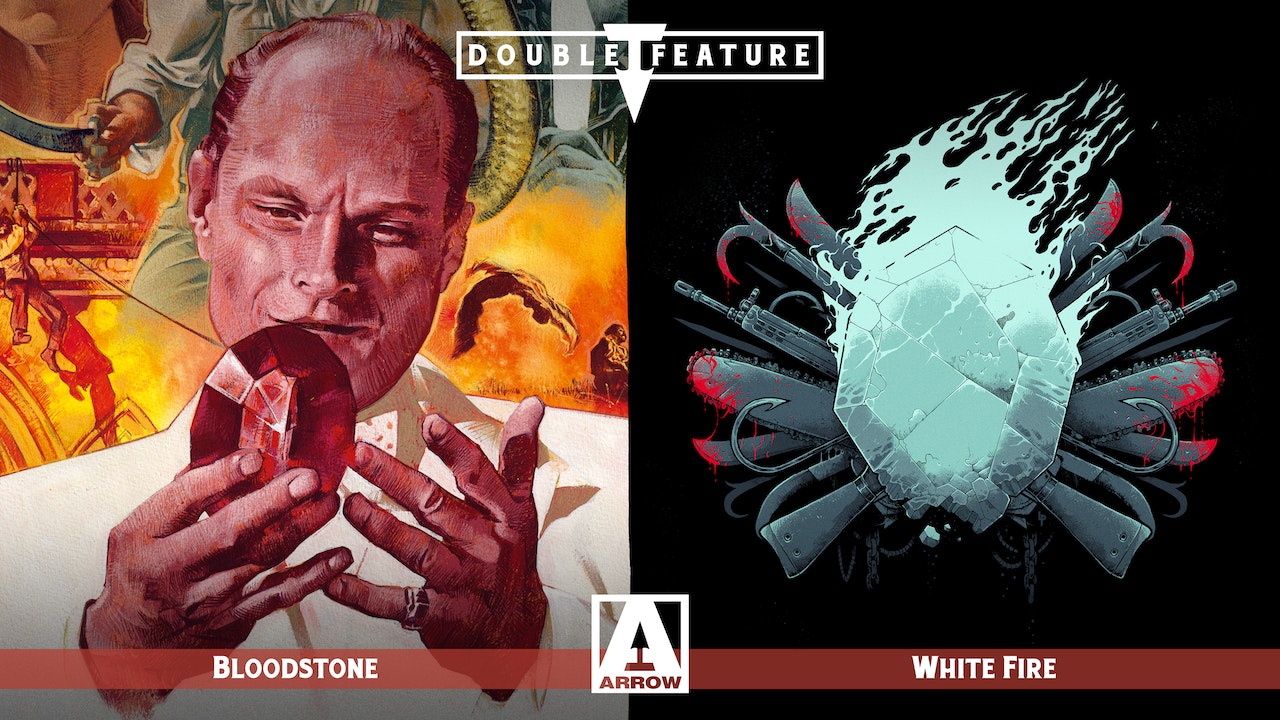