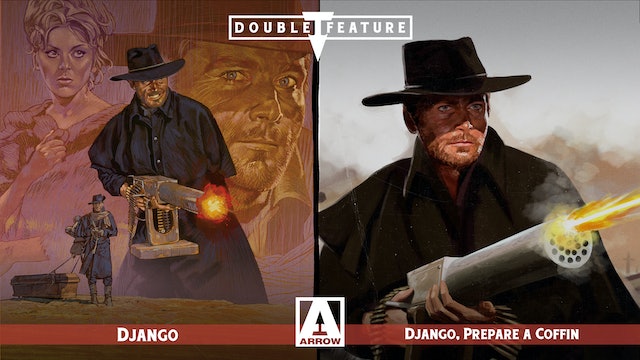 Get a double dose of spaghetti westerns with Django & Django, Prepare a Coffin!

Django - In this definitive spaghetti western, Franco Nero ('Keoma', 'The Fifth Cord') gives a career-defining performance as Django, a mysterious loner who arrives at a mud-drenched ghost town on the Mexico-US border, ominously dragging a coffin behind him. After saving imperilled prostitute Maria (Loredana Nusciak), Django becomes embroiled in a brutal feud between a racist gang and a band of Mexican revolutionaries... With Django, director Sergio Corbucci ('The Great Silence') upped the ante for sadism and sensationalism in westerns, depicting machine-gun massacres, mud-fighting prostitutes and savage mutilations. A huge hit with international audiences, Django's brand of bleak nihilism would be repeatedly emulated in a raft of unofficial sequels.

Django, Prepare a Coffin - Django the drifter returns in this classic Sixties Spaghetti Western from Ferdinando Baldi (Texas Addio, Comin At Ya!), starring Terence Hill (They Call Me Trinity) as the wandering gunslinger, hired as executioner to a corrupt local politician who is framing innocent men, sending them to hang in an evil scheme to take hold of their land. But Django has other ideas and, cleverly faking the deaths of the condemned men, he assembles them into a loyal gang who'll help him take down the boss, a man who had a hand in the death of Django's wife years before. Thrill as Django gets his bloody revenge with a hail of bullets in this classic from a series of B-movie western that helped to define a genre. Prepare your coffin now! 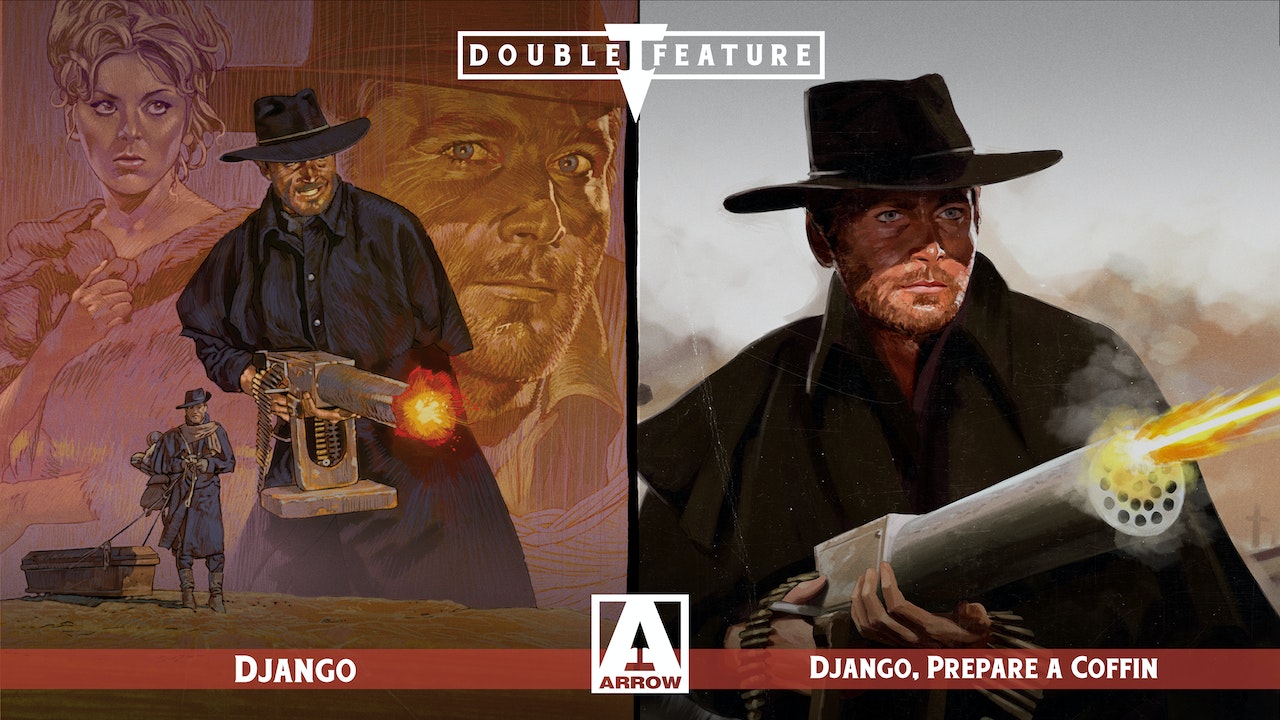