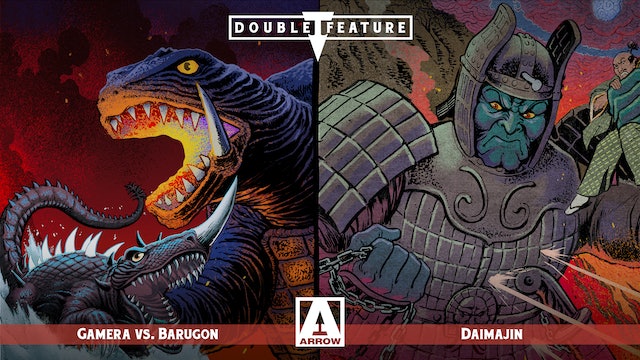 Brace yourself for some fierce battles between the giant fire-breathing turtle Gamera and the mighty stone warrior Daimajin!

On April 17, 166, Gamera vs. Barugon was theatrically released in Japan, on a double bill with Daimajin. Today, ARROW is proud to present this Double Feature: Giant Monsters Duel, and recreate the original Japanese release.

GAMERA vs. BARUGON: Six months after Gamera's first appearance, a giant opal from New Guinea is brought back to Japan and the new monster Barugon is born. The creature attacks the city of Osaka by emitting a rainbow ray from its back, along with a freezing spray from its mouth, and only a fire-breathing turtle can save the day.

DAIMAJIN: As the earth tremors beneath their feet, rumors of an ancient god called the Majin that lies beneath the rock abound amongst the peasant denizens of a small mountain village community ruled over by the benevolent feudal lord Handabusa (Ryūzо̄ Shimada). When Handabusa is overthrown and slaughtered along with his wife by his treacherous underling Samanosuke Odate (Ryūtarо̄ Gomi), his young son Tadafumi (Yoshihiko Aoyama) and daughter Kozasa (Miwa Takada) flee with their guardian Kogenta (Jun Fujimaki) and seek shelter with an elderly priestess Shinobu (Otome Tsukimiya) who tends to the local shrine to the angry mountain spirit. Shinobu leads them to a secret part of the mountain where an ancient stone idol sits half-buried in the rock. Ten years on and Tadafumi, now a young man, vows to return to his ancestral home with Kogenta to liberate his people from the cruel reign of Samanosuke, while Kosaza prays to the idol for assistance. However, Samanosuke’s increasingly violent steps to retain his power eventually lead him into the forbidden territory of the Majin, and the Majin is not going to take such intrusions sitting down… Kimiyoshi Yasuda blends fantasy and historical realism in the same invigorating and seamless manner he later brought to his ghostly yokai period tales 100 Monsters (1968) and Along with Ghosts (1969). 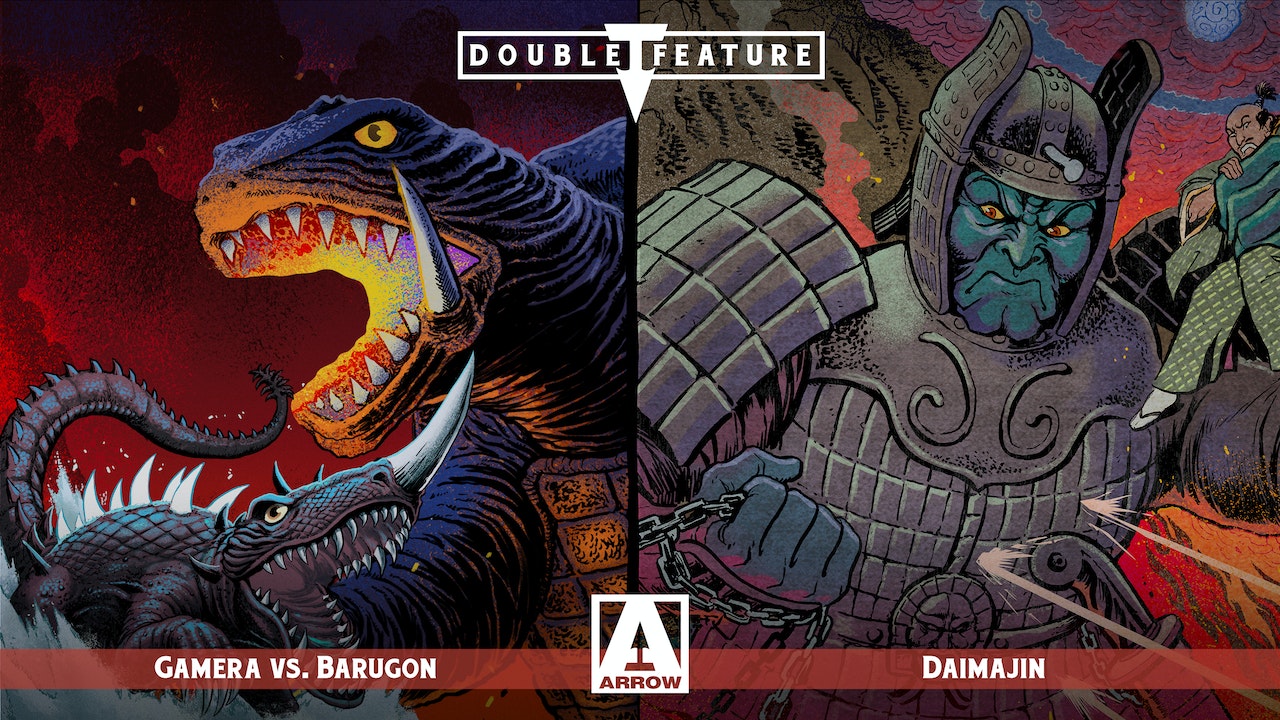