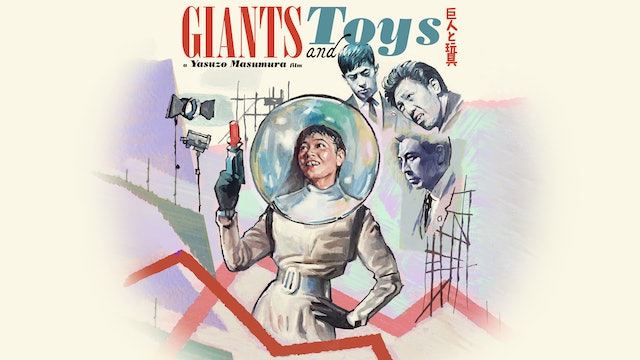 Giants and Toys is a sharp and snappy corporate satire revolving around the ruthless machinations of a group of admen working in the confectionary industry. As a new recruit to the marketing department of World Caramel, fresh-faced graduate Nishi (Hiroshi Kawaguchi) is eager to impress his ambitious and hard-nosed boss Goda (Black Test Car’s Hideo Takamatsu), even if it strains his relationships with his college friend Yokoyama (Koichi Fujiyama) and budding love interest Masami (Michiko Ono), who work at the rival companies of Giant and Apollo. With World’s lead over its competitors slipping badly, the two spot a chance to get back in the race in the shape of the pretty but unsophisticated 18-year-old, Kyoko (Hitomi Nozoe). Goda and Nishi get to work polishing this rough diamond as their new campaign girl, but as the three rival confectionary companies pitch themselves into an all-out advertising war that spills out onto the streets of Tokyo as it escalates to ludicrous extremes, Kyoko’s newfound fame starts going to her head. 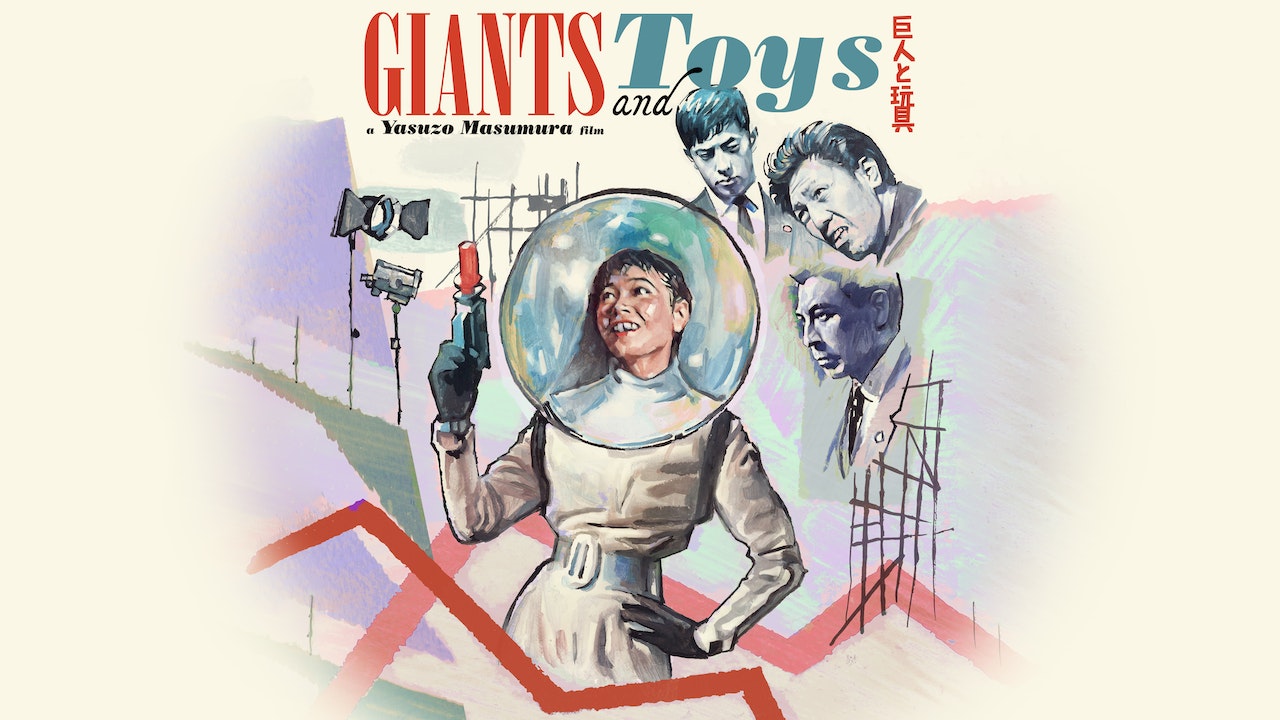