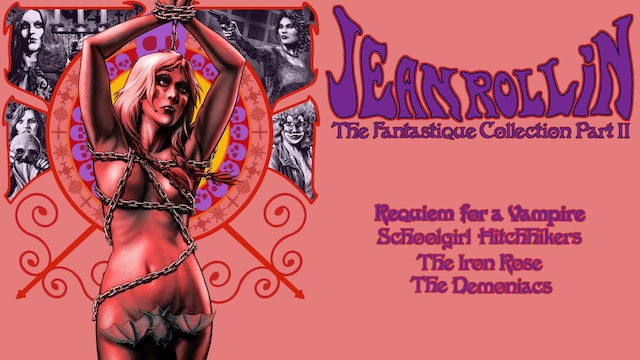 Mostly known for his gorgeous and seductive vampire films, Rollin was a passionate and resourceful filmmaker who had an unmistakable style and would do anything to see his visions realised - even if that sometimes meant that he had to take on a pseudonym to direct pornographic films on the side.

Rollin’s films are full of absolutely unforgettable imagery that will stay with you long after the credits have rolled. These are conjured worlds that teeter on the edge of dreams and are mysterious, beautiful, horrifying and fantastique. C’est Jean Rollin.

‘Jean Rollin: The Fantastique Collection Part 2’ covers his output in the 70s and features one of his most successful films: ‘Requiem for a Vampire’. Originally rejected by the BBFC in 1972, ‘Requiem’ follows two young women on the run who, after burning a man alive while dressed as clowns, stumble into the clutches of a vampire desperate for his bloodline to continue.

Vampire-free, but just as full as ever with sexuality and eerie ambience, ‘The Iron Rose’ follows a young couple who enter a cemetery and after some fooling around in a pit full of skeletal remains find themselves unable to flee the graveyard and begin to lose their minds.

‘The Demoniacs’ also does not feature any bloodsuckers but sees two young women fall foul of a quartet of shipwrecked sailors who, after doing unspeakable things to them, leave them for dead. Managing to escape, the women make a deal with a demon who dwells in the nearby ruins to make love to him in exchange for the power to become “demoniacs” and exact their revenge.

The Fantastique Collection Part 2’ also features ‘Schoolgirl Hitchhikers’, the adult film that Jean Rollin directed under the pseudonym “Michel Gentil” between making ‘The Iron Rose’ and ‘The Demoniacs’, and sees a pair of “sex kittens” tangle with a gang of thieves and all manner of saucy hijinx ensuing. 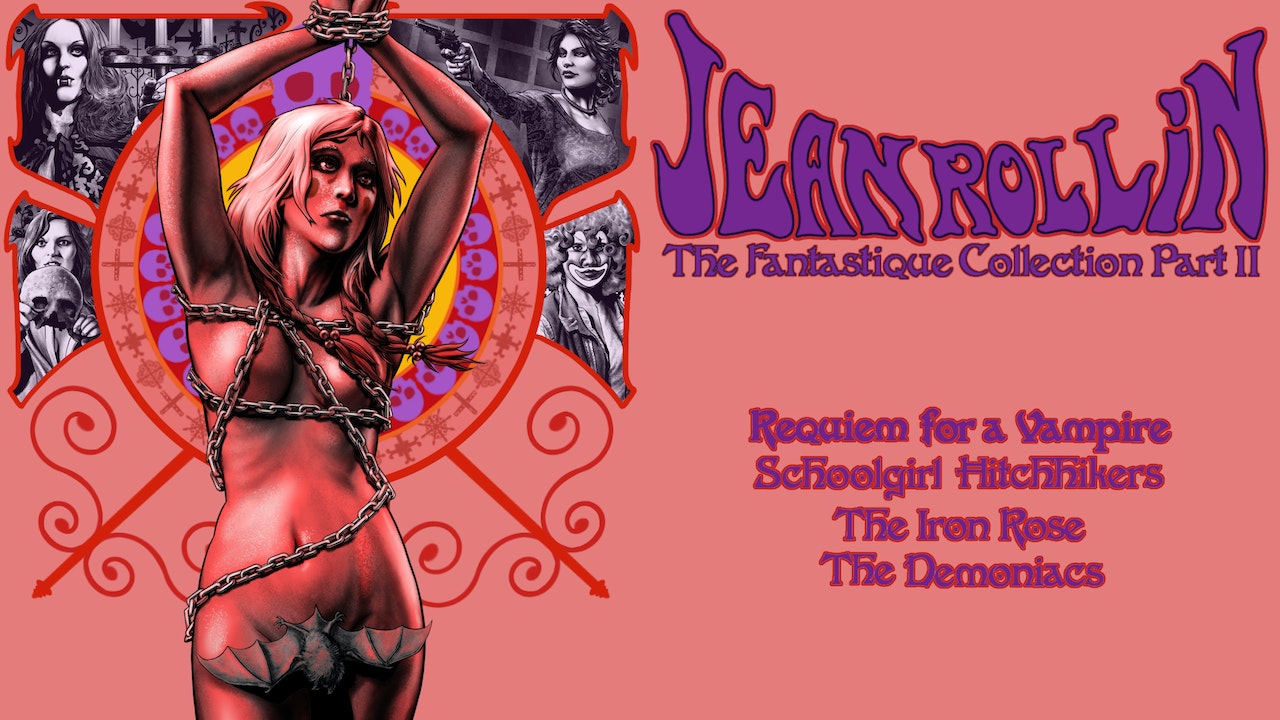