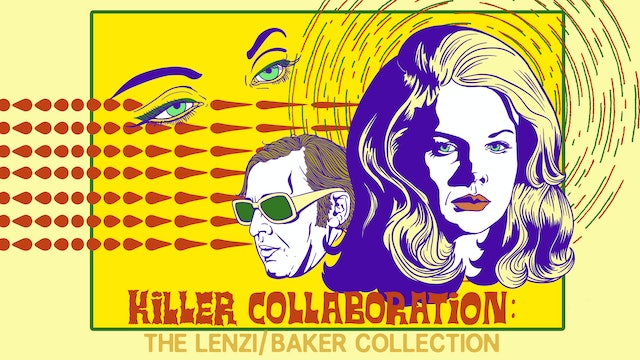 Italian genre filmmaker Umberto Lenzi and Hollywood actress Carroll Baker teamed up for four films between 1969 and 1972: Paranoia, So Sweet... So Perverse, A Quiet Place to Kill and Knife of Ice. It was a perfect pairing of director and star that gave us a quadrilogy of unique and wild gialli. It was a real killer collaboration.

Paranoia sees Baker playing Kathryn, a recently widowed woman, now about to become absolutely loaded thanks to all the property and oil fields her husband owned that are now being liquidated by her flirty lawyer. To escape the attention of the press she holes up in a lavish villa but is soon in need of some entertainment.

It may seem all too clear for a while where things are going, but watch out! As well as filling the film with glorious crash zooms, groovy production values and a swinging score, Umberto Lenzi is patiently building towards an amazing finale with a quadruple twist.

Carroll Baker gives a great performance as a mature woman flattered by attention enough to do what she knows she shouldn’t, but it is the second half when she is at the mercy of all manner of ferocious gaslighting, drugs and drink and pushed to the edge of sanity where she really impresses.

What may surprise viewers is the almost complete lack of murders. We are very used to a very certain type of giallo and Paranoia features all the style and eroticism but none of the straight razors and black leather gloves, it instead exists as a psychological thriller with style to burn built around a bravura central performance.

Baker x Lenzi next made a noir-y murder mystery giallo with the excellent title So Sweet… So Perverse. Baker plays Nicole, the new upstairs neighbour of the Parisian Jean (Jean-Louis Trintignant) a sexually frustrated married man all too eager to leave his wife in their apartment downstairs and pop up to the glamorous American woman upstairs for some fun. The pair are soon off on a water-skiing holiday together, but if Jean wants to keep Nicole she tells him he must get rid of Klaus (Horst Frank), her violent and controlling current squeeze.

Baker gets to be a more proactive as opposed to reactive character this time around (and to actually also inflict some gaslighting of her own) and is clearly relishing toying with the male lead after being tortured by him in Paranoia and playing a far more seductive sixties-style femme fatale.

No matter how straightforward things may at first appear in So Sweet… So Perverse everybody has an agenda to go with all their awesome outfits and Lenzi cranks up the mystery by setting out plenty of clues with suspicious drops of blood, dropped earrings and suspicious cupboards full of daggers and whips at every turn. Again, less a stalk and slash job and more a thrilling pulpy crime story full of twists and turns full of exquisitely choreographed shots that will have you whispering “They don’t make ‘em like this anymore” before being hit with another fantastic head-spinner of an ending.

It’s fun charting Carroll Baker’s progress through these films as she again seems to get a coolness upgrade in A Quiet Place To Kill, here portraying Helen - a highly sexual party girl race car driver who drinks J&B like it’s water and appears to have a suitcase full of sick sunglasses.

After a far-out title sequence shot in negative and stuffed to the brim with visual trickery, Helen gets in a crazy camerawork car crash that leaves her broke and unable to race. A well-timed invite from her fitty old flame Maurice (Jean Sorel) has her hot-footing it to Majorca only to discover that it was Maurice’s missus Constance (Anna Proclemer) that sent for her… and that she has feelings for her too.

With a setting so gorgeous the Majorcan tourist board must have comped Umberto Lenzi holidays for life, a knuckle-breaking high-speed drive along the edge of some cliffs and sexual tension so thick you’d need a chainsaw to cut it, A Quiet Place To Kill is immense saucy fun and even features an Easter Egg for those paying attention: a spin of the same maddening pop song from Paranoia on the soundtrack.

The last film of the Killer Collaboration collection is Knife of Ice and, before we start, a quick trigger warning that this one does feature a horrid bullfighting title sequence. This one has a very different atmosphere to the rest, with Lenzi surrounding some scenes in swathes of Fulci-esque impenetrable fog and making the should-be-idyllic Spanish countryside feel as icy and isolated as Argento’s Swiss surroundings in Phenomena.

Baker plays a mute woman, who has not spoken a word since surviving a train crash as a child that took the lives of her parents. For some reason she communicates via pidgin hand signals instead of using sign language or writing on a piece of paper - but it does look more cinematic! - and is trying to protect those around her from a murderer who is killing young blonde women.

A real whodunnit, replete with the kind of kills and killer we’re more familiar with (black leather gloves and shiny knife: present and correct) in a giallo, Knife of Ice has a great satanic subplot red herrings galore, a deliciously dubiously dubbed maid and devil worshipper and the kind of absolutely amazing Lenzi-Baker ending you will by now be used to and have fallen in love with. 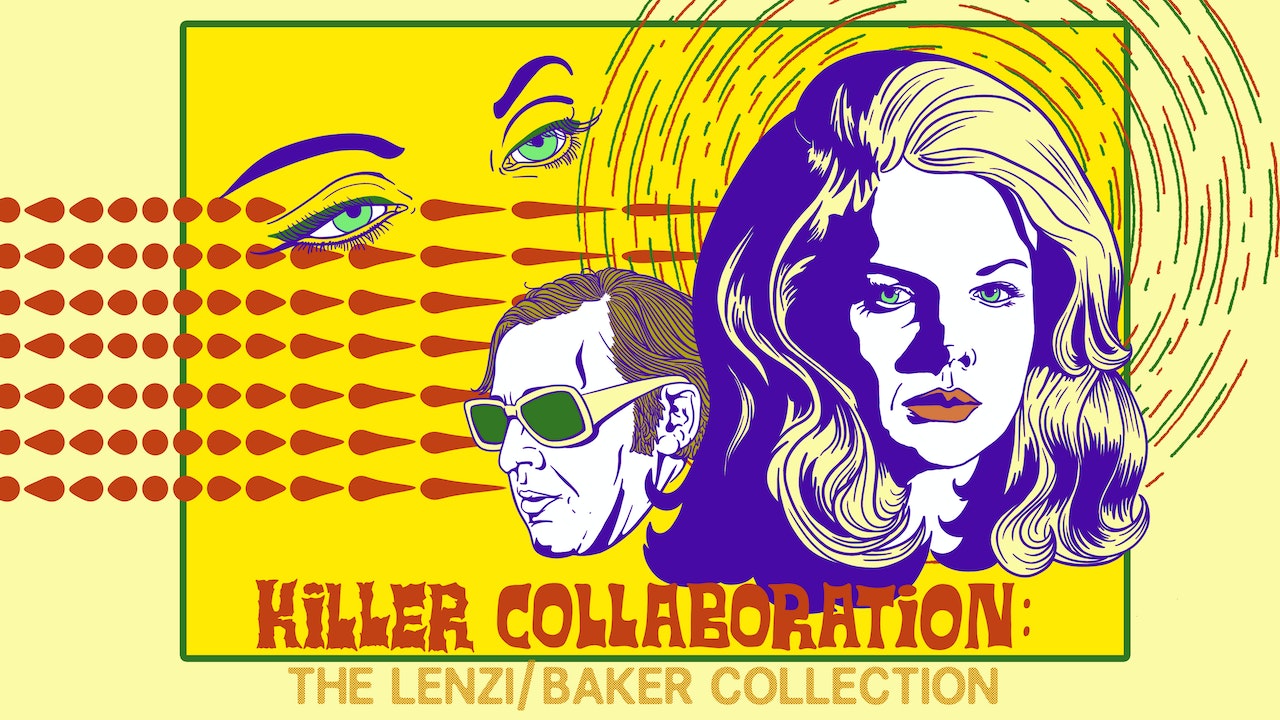