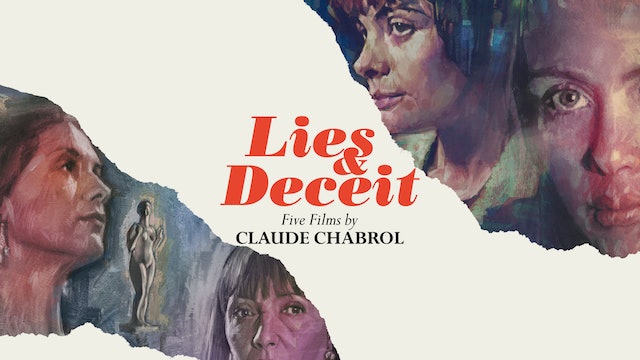 Too often overlooked and undervalued, Claude Chabrol was the first of the Cahiers du Cinema critics to release a feature film and would be among the most prolific. The sneaky anarchist of the French New Wave, he embraced genre as a means of lifting the lid on human nature. Nothing is sacred and nothing is certain in the films of Claude Chabrol: anything can be corrupted, and usually will be.

The hidden meanness of provincial life is at the heart of Cop Au Vin (Poulet au vinaigre), as deaths and disappearances intersect around the attempt by a corrupt syndicate of property developers to force a disabled woman and her son from their home. Actor Jean Poiret would prove so compelling as the laconic Detective Inspector Lavardin good cop/bad cop all in one that the sequel would be titled after him. Inspector Lavardin sees the titular detective investigating the murder of a wealthy and respected catholic author, renowned for his outspoken views against indecency, whose body is found naked and dead on the beach.

In Madame Bovary, Chabrol directs one of his greatest collaborators, actress Isabelle Huppert, in perhaps the definitive depiction of Flaubert’s classic heroine. Meanwhile, Betty, adapted from the novel of the same name by Maigret author Georges Simenon, is a scathing attack on the upper-middle classes, featuring an extraordinary performance by Marie Trintignant as a woman spiralling into alcoholism, but fighting to redefine herself.

Finally, in Torment (L’enfer) Chabrol picks up a project abandoned by Henri Georges Clouzot, in which a husband’s jealousy and suspicion of his wife drive him to appalling extremes. Francois Cluzet and Emmanuelle Beart give career-best performances as the husband and wife tearing each other apart.