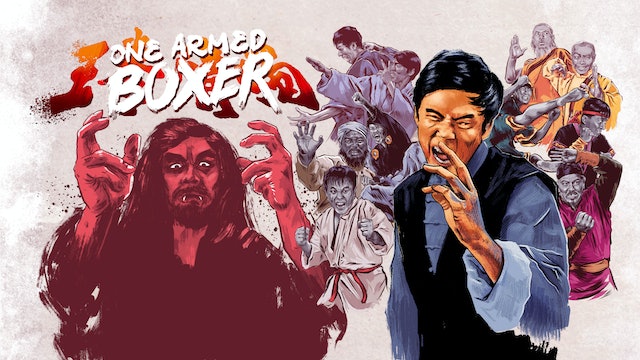 When former Shaw Brothers executive Raymond Chow founded rival studio Golden Harvest in 1970, he quickly teamed up with “Jimmy” Wang Yu – Hong Kong’s first kung fu superstar and formerly Shaw’s biggest box office draw. Bringing over his peerless talent for taking on all foes with one hand tied behind his back, Wang wrote, directed and played the title role in one of his most unmissable kickass classics.

From the legendary star of One-Armed Swordsman and The Chinese Boxer comes… One-Armed Boxer! Yu Tian Long (Wang) is the best fighter to come out of his local martial arts school, but when he crosses the ruthless leader of a local crime syndicate, the big boss’ brutal bevy of deadly killers make mincemeat out of the school and everyone inside. Now the only survivor of the massacre, and short of one appendage, Yu is gifted a powerful elixir that promises to give him the strength to take swift revenge on the army of assassins, each representing the most lethal forms of fighting from across the Eastern hemisphere. Proving once and for all that you only need five fingers of death to get the job done, Wang would later reprise his role in the infamous sequel Master of the Flying Guillotine, but it’s the dementedly inventive original where he’s arguably at the height of his powers. ARROW is proud to present One-Armed Boxer in original Mandarin mono audio, alternate Mandarin soundtrack and original English dubbed audio. 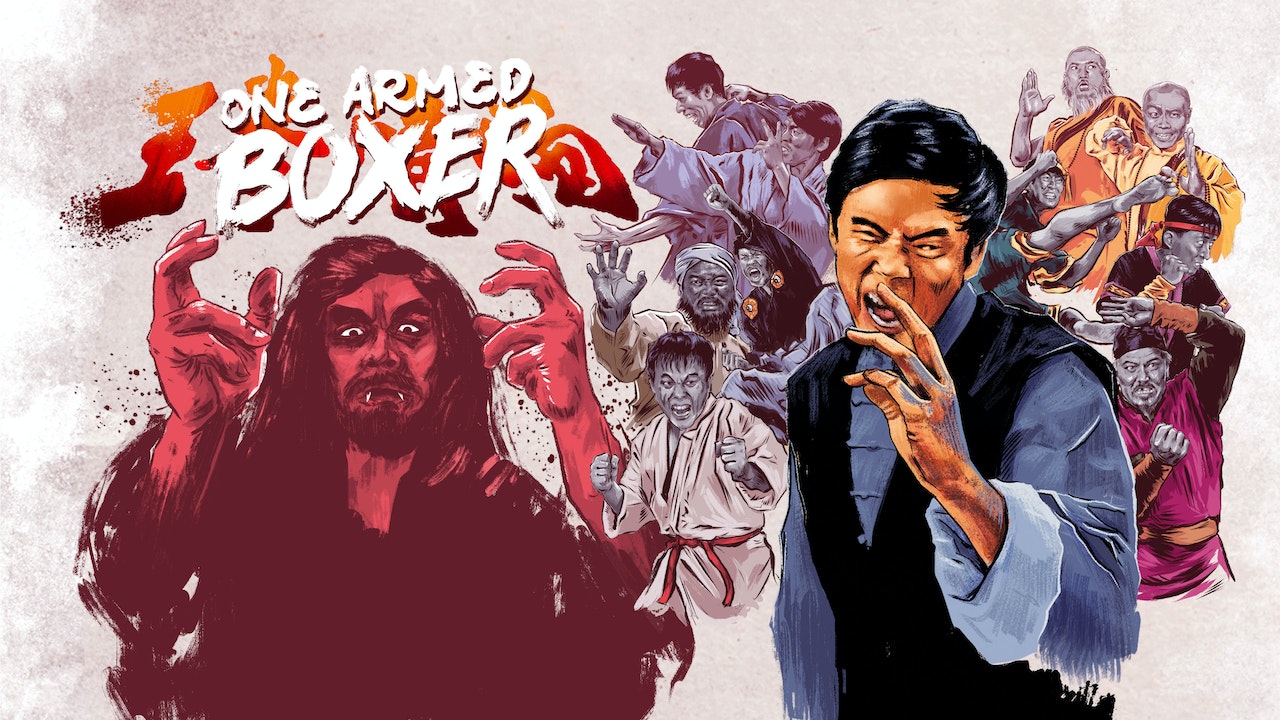