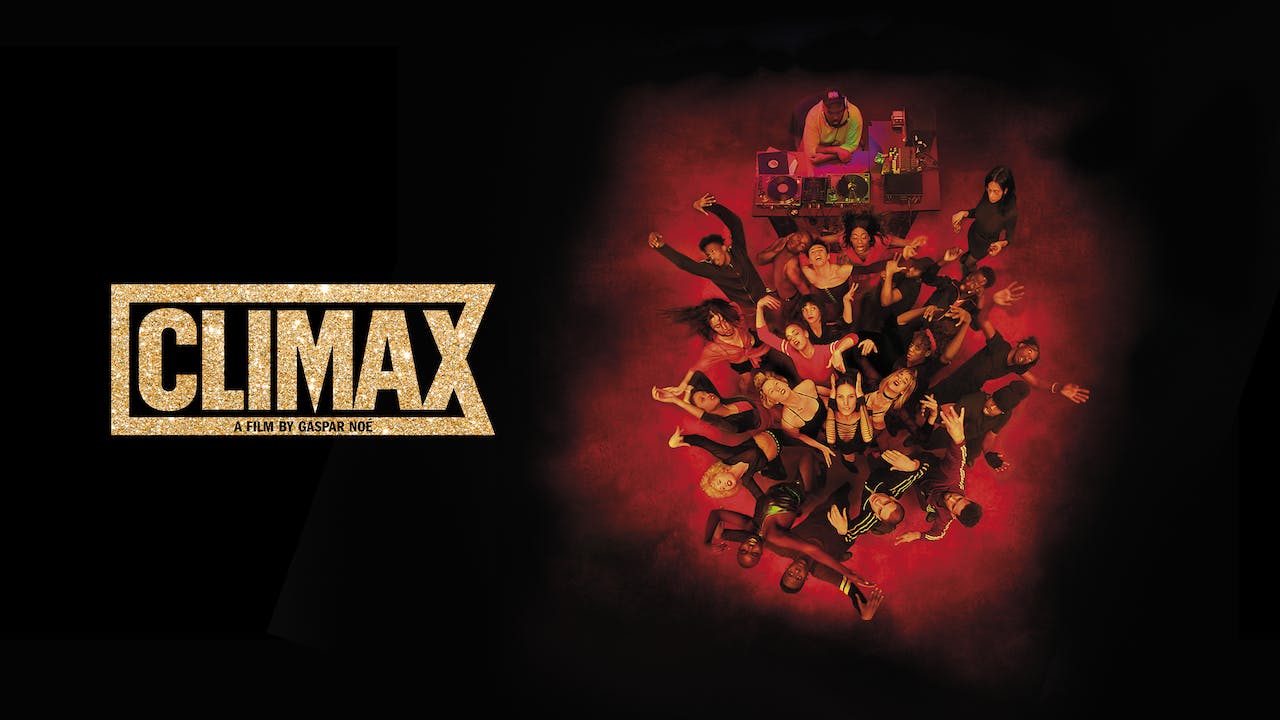 Gaspar Noé, director of the hugely controversial Irreversible , Enter the Void and Love , makes a triumphant return with Climax - a visually dazzling feast of music and mayhem, and perhaps his most critically acclaimed work to date.

Following a successful rehearsal, a dance troupe set about celebrating with a party. But when it becomes apparent that someone has spiked the sangria, the joyous atmosphere soon transforms into a nightmarish hellscape of violence and twisted carnality as the dancers begin to turn on each other in an orgiastic frenzy.

Inspired equally by the worlds of modern dance and esoteric arthouse-horror (chief among them, Dario Argento’s Suspiria and Andrzej _u_awski’s Possession), Climax – which pulses towards its astonishing conclusion with a thumping score by the likes of Daft Punk, Aphex Twin and Gary Numan – illustrates a director at the height of his hallucinatory filmmaking powers.