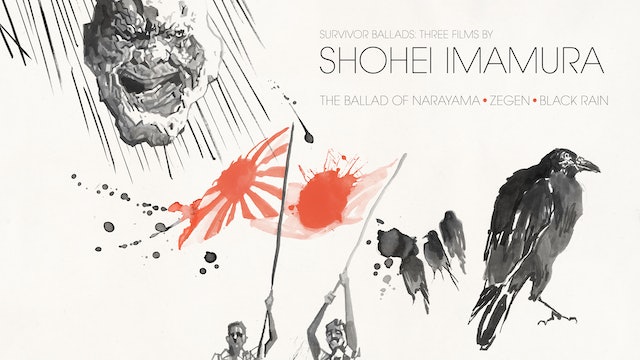 Throughout the 1980s, Shohei Imamura (The Pornographers, Profound Desires of the Gods), a leading figure of the Japanese New Wave era of the 1960s, cemented his international reputation as one of the most important directors of his generation with a series of films that all competed at Cannes to great critical acclaim. This exclusive ARROW collection presents restored versions of three late career classics from the legendary filmmaker.

Based on an ancient folktale, The Ballad of Narayama (1983) was the first of two works from the director to win the prestigious Cannes Palme d’Or. Imamura’s magnum opus depicts the members of an extended farming family eking out their existence in the mountainous north of Japan against the backdrop of the changing seasons before village lore decrees they make the sacrifice of abandoning their aged mother on the top of a nearby mountain when she reaches her seventieth year.

Making its HD debut, Zegen (1987) takes a satirical look at Japan’s prewar colonial expansion through the unscrupulous eyes of its flesh-peddler antihero as he establishes a prostitution enterprise across Southeast Asia.

Finally, the harrowing Black Rain (1989) details the precarious existence of a household of atomic bomb survivors as, five years after being caught in the blast of Hiroshima, they struggle to find a husband for their 25-year-old niece.

These three works epitomise the director’s almost documentary style of filmmaking, exposing the vulgar yet vibrant and instinctive underbelly of Japanese society through a sympathetic focus on peasants, prostitutes, criminal lowlife and other marginalised figures to explore the schism between the country’s timeless premodern traditions and the modern face it projects to the world. 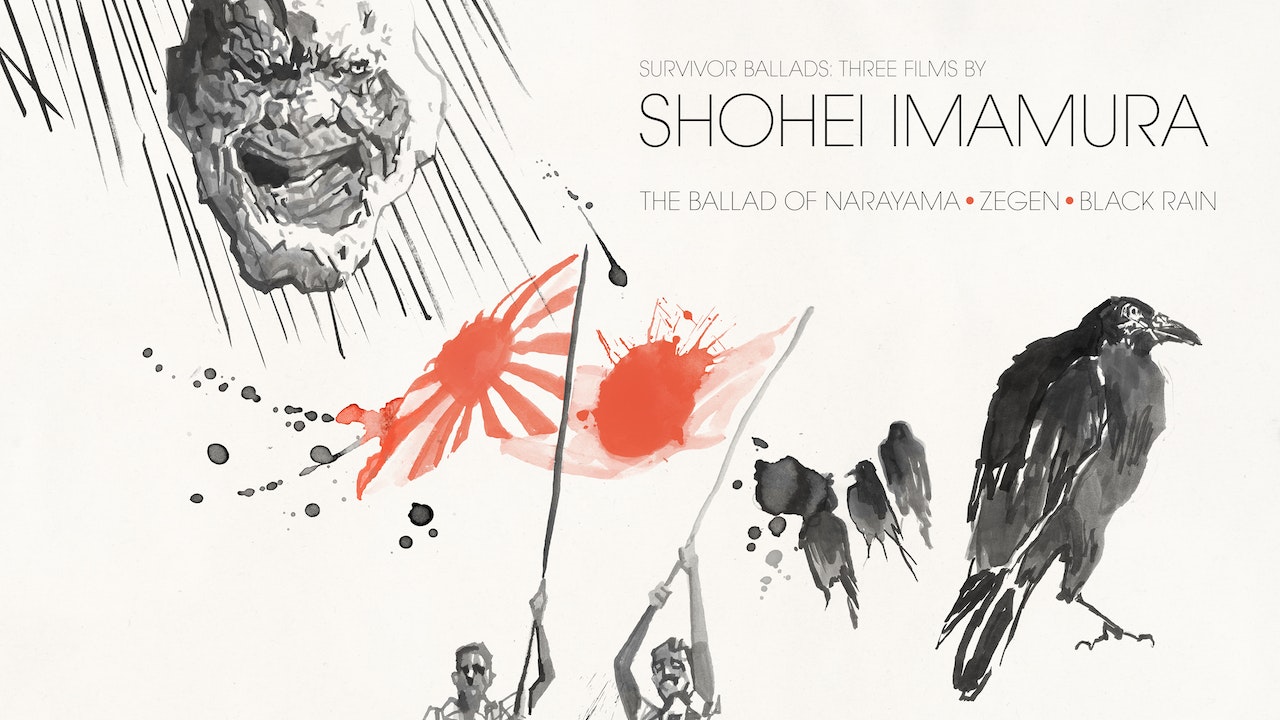