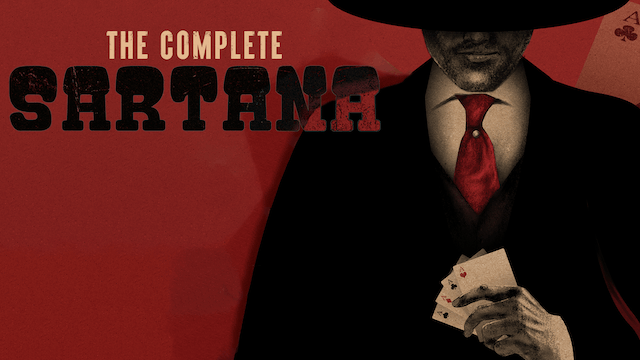 Clint Eastwood’s Man with No Name spawned imitations, variations and shameless rip-offs keen to emulate his success at the box office. Within months of A Fistful of Dollars’ release, Giuliano Gemma was playing Ringo, who was then followed by Franco Nero’s Django, Tony Anthony’s The Stranger and Gianni Garko’s Sartana – each providing their own twist on the Eastwood antihero, and each of them then subject to their own spate of unofficial sequels, spoofs and cash-ins.

Sartana tapped into more than just his Spaghetti Western predecessors – a mysterious figure, he has a spectral quality, aided by his Count Dracula-like cloak which also nods towards comic strip figure Mandrake the Magician, with whom he shares a penchant for card tricks. He takes pride in his appearance unlike the Eastwood’s dusty wanderer or Nero’s mud-caked drifter. And there’s a dose of James Bond too in his fondness for gadgetry and the droll sense of humour.

Unsurprisingly, this unique figure in the genre was treated to four official follow-ups. The Complete Sartana collects all five films, presented here in brand-new restorations: If You Meet Sartana... Pray for Your Death, I Am Sartana, Your Angel of Death, Have a Good Funeral My Friend... Sartana Will Pay, Light the Fuse... Sartana Is Coming, and Sartana’s Here... Trade Your Pistol for a Coffin, in which George Hilton replaced Garko in the lead role. 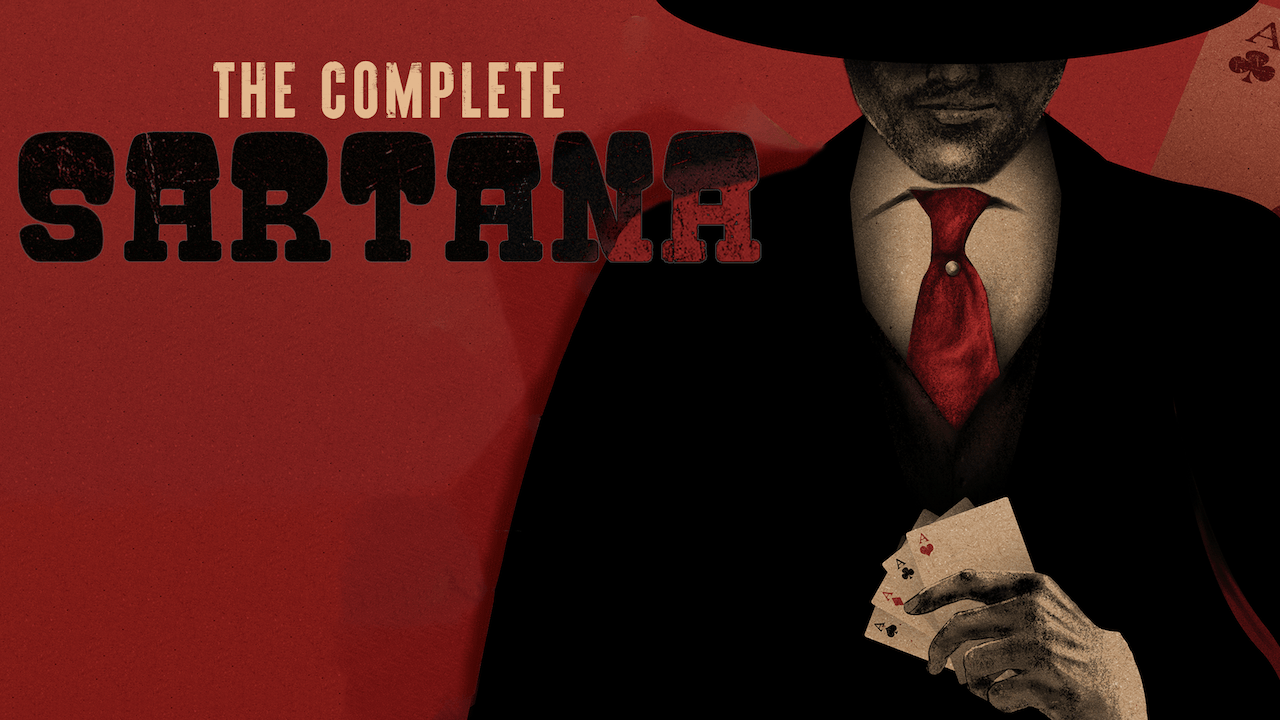