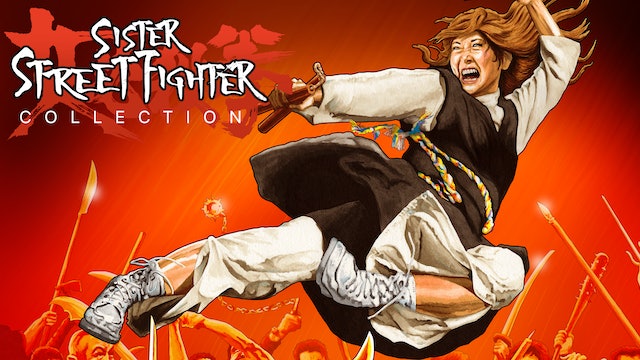 After the massive success of The Street Fighter, the Toei Company decided to build a new karate series around a female lead, and cast a young actress who had appeared in a cameo role alongside her mentor Sonny Chiba. Still a teenager at the time, Etsuko Shihomi exploded onscreen in her first leading role and created a new character type: a tough fighter who was fierce, fearless, good-hearted, and decidedly non-sexualised, a departure from Toei’s typical formula.

In 1974’s Sister Street Fighter, Shihomi is the half-Chinese, half-Japanese Li Koryu, who travels to Yokohama to investigate the disappearance of her brother, an undercover cop. Li discovers a smuggling ring run by a drug lord with his own personal army of deadly fighters, and must penetrate his evil lair with the help of a fellow karate master (played by Chiba). Shihomi and director Kazuhiko Yamaguchi (Wolf Guy) made two additional films based on the same character over the next year, Sister Street Fighter: Hanging By A Thread and Return Of The Sister Street Fighter, with a final unrelated follow-up (Sister Street Fighter: Fifth Level Fist) helmed by original Street Fighter director Shigehiro Ozawa appearing in 1976.

Genre entertainment of the highest order, the Sister Street Fighter films are a wild ride through some of the best exploitation cinema Japan produced in the 1970s. Funky and over-the-top, filled with wall-to-wall action, and featuring some of the craziest villains ever depicted onscreen, the series embodies female power in a male-dominated genre and is a magnificent showcase for the physical presence and martial arts skills of its lead star. 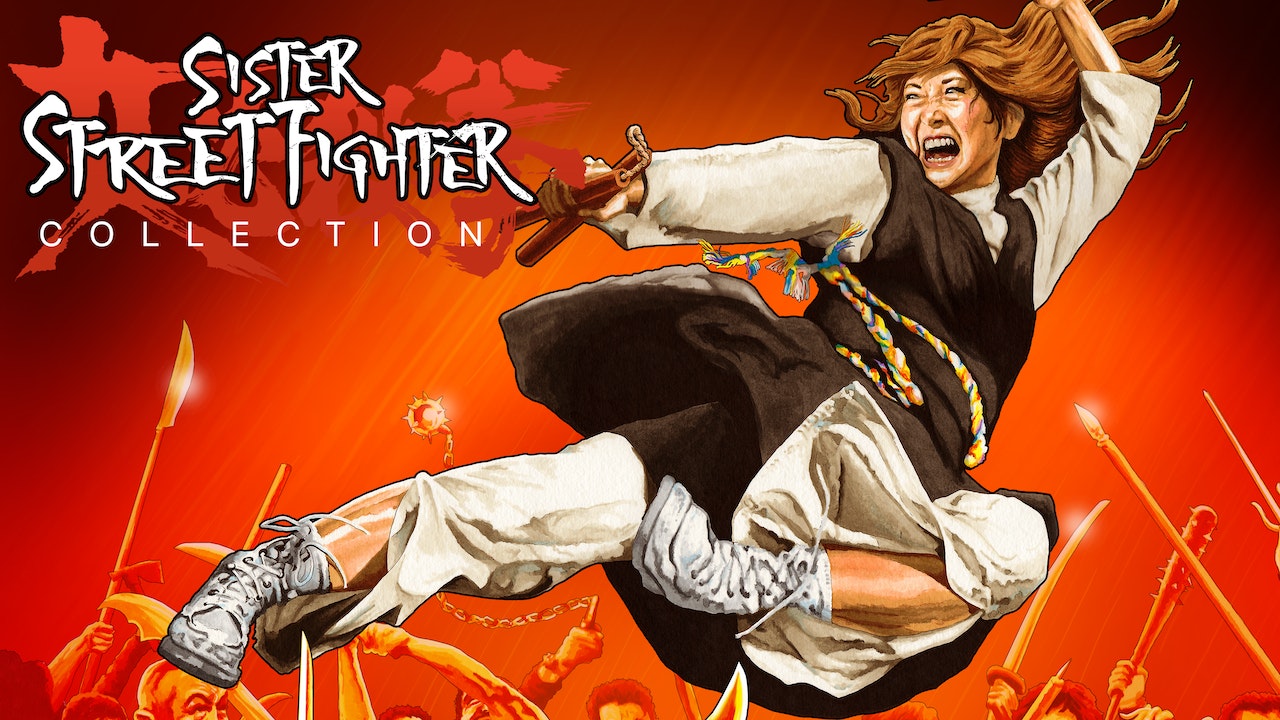